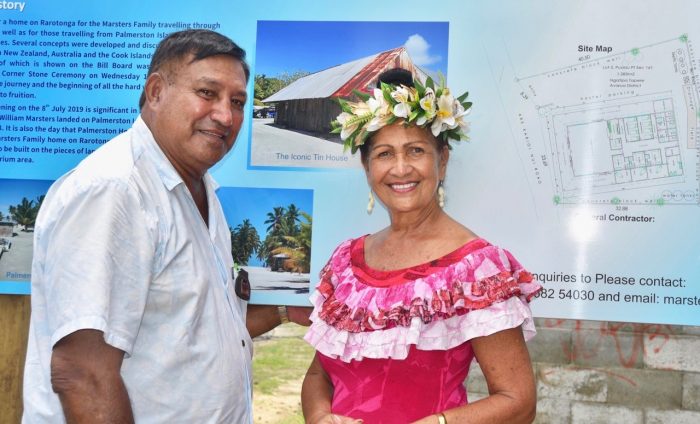 “I'm very proud to be a Marsters”

The Cook Islands’ monarchical presence for the next three years was greatly enhanced when H.E. Sir Tom Marsters KBE was popularly reappointed as the country’s Queens Representative (QR) in July. Marsters was first appointed in 2013; this will be his third term as QR.

The Queen's Representative is the formal title given to the representative of Queen Elizabeth II as Queen of New Zealand in the Cook Islands.

Sir Tom Marsters was knighted a Bachelor Commander of the British Empire (KBE) on 16 November 2018 at Buckingham Palace. The honour was bestowed upon him for his service to the public and to the communities of the Cook Islands. 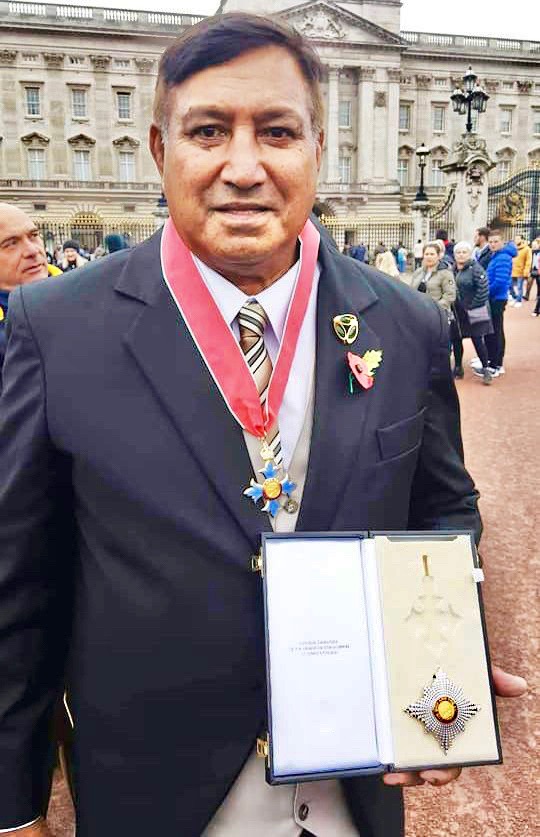 He has been married to Lady Tuaine (nee Wichman) Marsters for over 40 years, and they have three sons, Tom, Clee and Giovanni, a daughter, Eirangi, and a number of grandchildren.

2019 was also a milestone year for Sir Tom for another reason, he opened Marsters House (aka Palmerston House) on 8th July; a project he had been working on for many years on behalf of the tiny population of Palmerston island (est.60).

The grand opening date of 8 July 2019 was chosen because that was the date English adventurer and trader William Marsters landed on Palmerston with his families and workers in 1863. Marsters House is the last of the island hostels to be erected around Constitution Avenue in Avarua.

“On the eighth of July, 1863, William Marsters (pictured below) landed on Palmerston with his three sets of families, and workers. He had with him some workers from Tahiti. He had travelled extensively in the Pacific, obviously he was in Tahiti for a while, and also Samoa.” 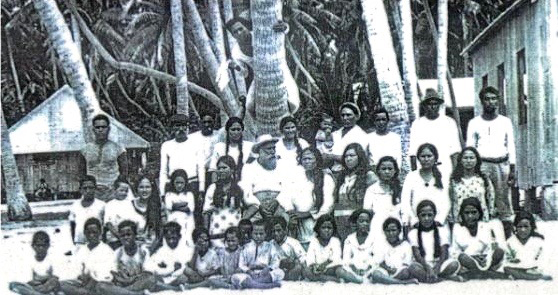 Sir Tom was the chairman of the board of trustees responsible for raising funds and building the project, a dream for the many families of William Marsters that had procreated on the island since 1863.

Much symbolic thinking went into the design of Marsters House, which included taking some of the features of William Marsters iconic tin house in Palmerston that still stands today. Sir Tom said there was also discussion early on to actually build a small castle to reflect William Marsters English background: “not that he lived in a castle but because he came from a place where there were lots of castles”. The designers eventually settled on adding in a rampart-style feature to dress up three sides of the building. Another feature was the inclusion of five pillars representing William Marsters five original families.

“Basically, Marsters House is a stop over place for Palmerston people going to and through Rarotonga. For example they come every other year to the Constitution celebrations in July and August. At other times of the year we will rent it out to visiting sporting groups and cultural groups to generate income to maintain the place. There are en suites, and also dormitory style large rooms; and we have a mezzanine on top.”

Sir Tom said he was appreciative of the support of food, labour and funds his committee received from the various Marsters families and from friends towards the construction of the building: “This project brought everybody together. And, we were even getting contributions from the other islands, they’d just ring up and say: "There's a box of whatever coming...

“People rallied behind us. I think maybe that's because we are the smallest of the islands, and also because we were the last to build here”.

One thing all the Marsters have in common is intense pride in their English ancestor William Marsters, who settled on Palmerston with his wife and mistresses in the 19th century, which began the dynasty that today includes countless descendants living in the Cook Islands, New Zealand and Australia.

William Marsters was in his twenties when he arrived in the South Pacific in search of adventure and fortune. According to chronicles he first settled on the islands of Penrhyn, then Manuae, before establishing his family and business on the island of Palmerston where he mainly traded in copra and bêche-de-mer (sea cucumber) with the notable Scottish trader from Tahiti, John Brander.

The most celebrated Marsters today is the Queens Representative for the Cook Islands, Sir Tom Marsters KBE. He is certainly considered the leader of the Marsters clan, or the head Marsters!

“I'm very proud to be a Marsters”.

Amongst his achievements, Sir Tom Marsters is also an accomplished sportsman having represented the Cook Islands in boxing, rugby and golf. He has also shone in tennis, lawn bowls, martial arts, and cricket.

Whilst he was in his twenties at the Grimsby Institute in Lincolnshire for two years studying international fisheries,Tom Marsters had the unique experience of playing against two of England cricket greats.

“During my time in Grimsby I enjoyed playing second grade cricket as a batsman and a bowler.

“I hit 32 runs off the ‘great’ Ray Illingworth! After the match I took the ball with me! I actually kept it on my desk for years until it disappeared. I don't know how I lost it!

“But every time the question was asked: what's that cricket ball doing on your desk? I told them the story of the Cook Islander and the top England cricketer!”

Sir Tom recalls just after the Grimsby match that he was in the shower when the ‘great man’ Illingworth tapped him on the shoulder, and asked:

"Where are you from, young fellow? I hear you come from a long way off.”

Sir Tom knowing Illingworth had visited New Zealand to play test cricket explained that the Cook Islands (then) was part of New Zealand.

"We're New Zealand citizens, but we're about 1700 miles away, north east of New Zealand in the middle of the South Pacific Ocean."

Illingworth was impressed, adding: "You've kept the ball, and I can guess why."

I replied: "Yeah, because I'm going to tell all my friends and anyone who ask me about the cricket ball that I hit 32 with it off a former MCC captain!"

Illingworth laughed and said: "Good on you son!"

Tom Marsters was born on Palmerston and brought up by his paternal grandmother in Avatiu and Nikao on Rarotonga from the age of four.

Later he attended Avele Agricultural College in Samoa to study general agriculture, before moving on to the Grimsby Institute in England to study the fishing industry.

Sir Tom’s background in agriculture and fisheries naturally led him into a long career in the Cook Islands Public Service before he entered politics.

“I was involved with the new era of politics when Albert Henry came back from New Zealand in 1964. I was still in my teens then, but my grandmother actually said that I should work with this guy. This person will transform the Cook Islands.

“So in 1964, I became part of his team; probably the youngest executive on his team. After the 1965 elections, I became the secretary of the party for the next 30-odd years. So I've been with the political system since the beginning”.

On becoming the Queen’s Representative, Marsters presents his typical modesty.

“I wasn't expecting it. The prime minister alluded to the point that government was thinking of honouring me, but I told him there were others who in my mind were more deserving of the honor than myself, and I still stand by my words”.

Marsters resigned as Deputy Prime Minister to take up the role Queen’s Representative role in 2013.

His knighthood came five years later in 2018, which was bestowed upon him for ‘service to the public and the community.’

“Well, I suppose I've served the public all my life!” said Sir Tom.

Today, HE Sir Tom Marsters KBE is the Queen’s Representative: “My role is to protect the constitution of the country, and to protect the interests of the Her Majesty The Queen.

“I also call upon the Governor-Generals in the region; we have a good rapport, and a very good relationship with all of Her Majesties representatives in the region”.

In conclusion, we asked Sir Tom about how he felt about the rapid growth of tourism in the Cook Islands, and if he had any concerns.

“I have no real concern, to be honest. To me, tourism is our lifeline. I believe that provided we keep all the necessary amenities in place, our infrastructure in place, especially with the sewerage and waste management, and water…all of those things; provided we keep all of that in check, then I think there is room for expansion, there is room for growth and prosperity”