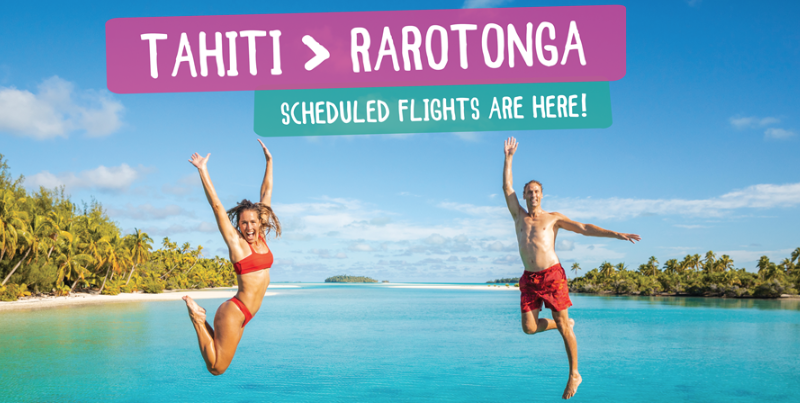 The governments of the Cook Islands and French Polynesia are delighted to announce the first inaugural commercial flight from Rarotonga (RAR) to Pape’ete (PPT) on Saturday August 13, 2022, a momentous occasion that will open an official commercial air link between the two countries.

This landmark event is the result of a series of high-level intergovernmental engagements and partnerships with the private sector: Air Rarotonga, Air Tahiti Nui and Air Tahiti.

Earlier this year, Prime Minister Hon. Mark Brown, accompanied by a delegation from the Ministry of Foreign Affairs & Immigration (MFAI), led a double mission to French Polynesia to initiate bilateral discussions with H.E. President Edouard Fritch and his ministers on the resumption of a two-way air link between the Cook Islands and French Polynesia. The two governments readily approved the initiatives of Air Rarotonga to operate the air links, in regular service, between the two countries. In the years preceding the COVID pandemic, the route was operated by Air Tahiti between 2007 and 2020.

Through this resumption of a commercial air link between Rarotonga and Pape’ete, the shared aspirations of both governments to create a transit route to link the two countries to other tourist markets has been achieved. With Air New Zealand's recent announcements about the closure of direct routes from Sydney and Los Angeles, Cook Islands authorities have asserted that "the top priority for the Cook Islands is the implementation of our economic recovery strategy, post-Covid19, inclusive resumption and expansion of international air links for the Cook Islands. This maiden flight by Air Rarotonga from Rarotonga to Pape’ete is a step towards achieving our goals.”

MFAI Secretary Tepaeru Herrmann stressed that “a small VIP delegation, representing a cross-section of Cook Islands stakeholders, will take part in the first flight and will be received in French Polynesia for mutual inaugural celebrations.” Details of passengers traveling on this first flight will be confirmed in the coming days and will include high-level government delegates and key business partners.

Cook Islands Tourism Corporation Chief Executive Karla Eggleton advises that “a launch event is being planned with Cook Islands tourism officials and French Polynesia authorities. Guests will join the inaugural launch, which will include a traditional blessing with planned activities focused on promoting the route”.

A group of journalists from the Cook Islands and French Polynesia will ensure media coverage and promotion in order to promote the route through various media channels.

Discussions are underway between French Polynesia’s Office of President Fritch, Office of the Minister in charge of International Transport, the Delegation for International Affairs and the Cook Islands Air Rarotonga, Cook Islands Tourism and MFAI to ensure a successful launch.

French Polynesia’s Minister in charge of International Transport, Mr. Yvonnick RAFFIN declared “French Polynesia is delighted to welcome this first commercial flight onto its tarmac. After two years of separation from our Pacific neighbors and cousins, it is good to reconnect and strengthen our bonds and in a manner that supports our respective and shared economic priorities.” He also indicated the arriving delegation from the Cook Islands would be welcomed with Polynesian warmth and hospitality.

In parallel, Air Rarotonga conducted consultations with French Polynesia's airline, aviation, airport and immigration authorities to ensure the safe arrival of the inaugural flight and support towards subsequent scheduled flight schedule. Air Rarotonga’s Managing Director Ewan Smith added "aside from the local travellers that wish to visit friends and family in Tahiti and vice versa, we think that Tahiti will increasingly become an important hub over which visitors will have access from North America and Europe to the Cook Islands, in the absence of a non-stop service. It is a small step to start, with one flight a week, but we are very confident that it will grow.”

Flights will be operated every Saturday after the inaugural flight and will increase to two flights per week starting September 14 to include Wednesdays. The preparation and development of an air service agreement between the Air Rarotonga and Air Tahiti Nui is underway. It will formalize the conduct of air operations and provide a framework to support air linking. The two airlines signed a Memorandum of Understanding in June 2022, paving the way for this month’s inaugural flight and the air services agreement to be agreed between the two airlines.

In addition, the drafting of an air service agreement between the two countries is also underway, following an exchange of letters between the governments of French Polynesia and the Cook Islands in June 2022.

“The Cook Islands have a proud tourism legacy of determination, resilience and innovation and the launch of this inaugural commercial flight by Air Rarotonga on the 13 August speaks to that legacy,” said Secretary Herrmann. “It also speaks to the potential for stronger economic and people to people ties between the Cook Islands and French Polynesia and the value in supporting an eastern transport hub for the Pacific region.” 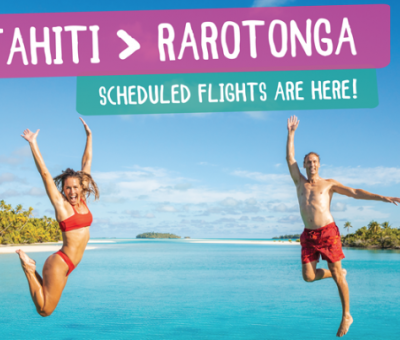 The governments of the Cook Islands and French Polynesia are delighted to... 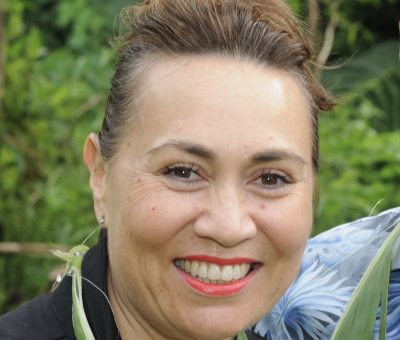 The Board of the Cook Islands Tourism Corporation has announced the appointment of Ms Karla Eggelton as the Corporation's new CEO.