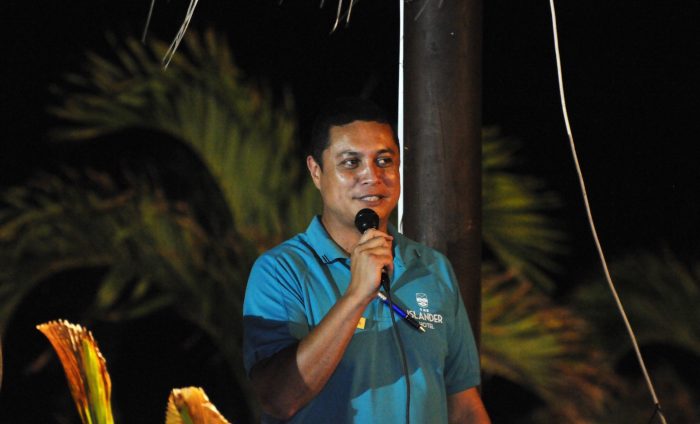 “The most important thing for me is to support Cook Islanders by buying their produce, helping them becoming entrepreneurial, helping them along the way"

The Islander Hotel turned two on 1 May this year. It is a family affair, and the jewel in the crown for Cook Islands entrepreneur, Rohan Ellis.

At forty-three, Rohan Ellis’ success in Cook Islands is set in stone. Of Manihiki ancestry, his first job following university was with the Cook Islands Tourism Corporation. By the time he took over Rarotonga’s Aquarius Hotel two years ago, transforming it into The Islander Hotel, he had been honing his business skills and management capabilities for over twenty years.

Energetic and fun-loving Rohan heads up Natura Properties Ltd. He shows no signs of slowing down with his ambitious plans to grow his businesses and contribute to the prosperity of the Cook Islands.

Born on Rarotonga, Rohan’s parents are Cook Islanders. He completed his primary and secondary education on the island before heading to the University of Queensland to gain a degree in Tourism Management and Business Administration (1992-95).

Rohan said he benefited from a loving and easy-going childhood.

“I had a simple life as a child, but a good life; lots of close family, lots of love. Our family was guided by my grandparents, who ‘ruled the roost’.

On return from Australia, Rohan joined the Tourism Corporation, but soon moved on to head up the country’s new development agency, which is today the BTIB (Business Trade Investment Board). Quite a responsibility for a 23 year old! He remained in that position for five years gaining invaluable, hands-on insight into the world of business in the Cook Islands.

“Around that time the Cook Islands had the economic crisis and the country was bankrupt. The new Economic Development Ministry was formed to kick-start the economy, and getting the Cook Islands back on the world map,” said Rohan.

“We were losing a lot of people. The strength of the economy is based on the population, so what we did was to attract more people into the country, through investment in agriculture, fisheries, pearls and tourism, trying to stimulate exports”.

As a progressive step, Rohan was then appointed to open up an office in China.

“I was the Trade Commissioner for the Pacific Islands; my salary was paid for by the Chinese Government. I did that for eight years (2000-2008), based in Beijing with my wife Adriane, who worked in the office as part of the admin team”. 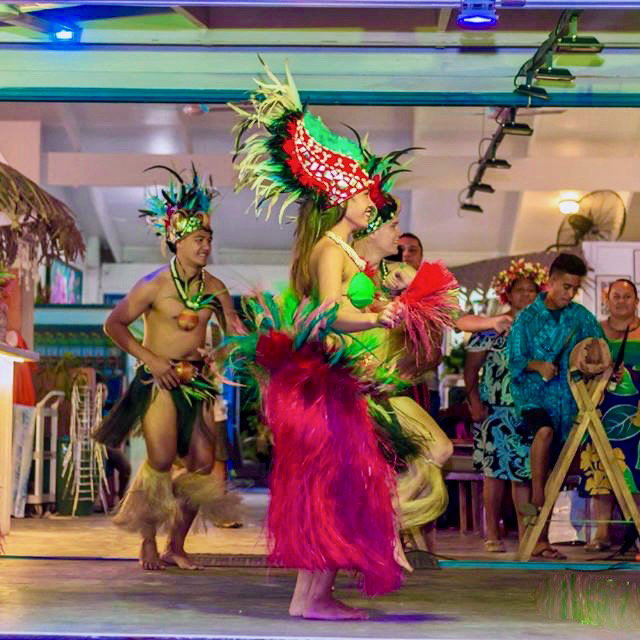 Whilst in China, Adriane formed a cultural dance troupe to help promote the Cook Islands.

“We brought in some key dancers from the Cook Islands, and recruited local dancers in China, as well as Cook Islands students studying in China”.

The Akirata Cultural Dance Troupe was formed, and still exists today in Rarotonga.

On his return, Rohan joined the Tourism Corporation once again, but only for a short time.

“I quit to do something more challenging in hotel management, working closely with the banks to turn around failing hotels and resorts. I did that for three years”.

Rohan then took on the position of General Manager at the five-star Crown Beach Resort for five years.

“The Aquarius Hotel came on the market and I felt I had the experience, so I thought it was time I put my acquired skills into practice.

“As Managing Director of Natura Properties Limited, a new holding company for tourism accommodation properties in the Cook Islands, the first property we acquired was The Aquarius Hotel. We renamed it The Islander Hotel.

“The property is central and has a prime oceanfront location opposite Rarotonga Airport. Other properties will be added to the portfolio later,” said Rohan.

Whilst the Aquarius Hotel was run down, Rohan said he liked the ‘bones of the property’.

“The hotel has a beautiful waterfront location, close proximity to the airport, central on the island, and great potential in food, beverage and entertainment.

“The figures at the time showed the hotel was ‘kept alive’ through food & beverage. We knew that area of the business could be improved.” 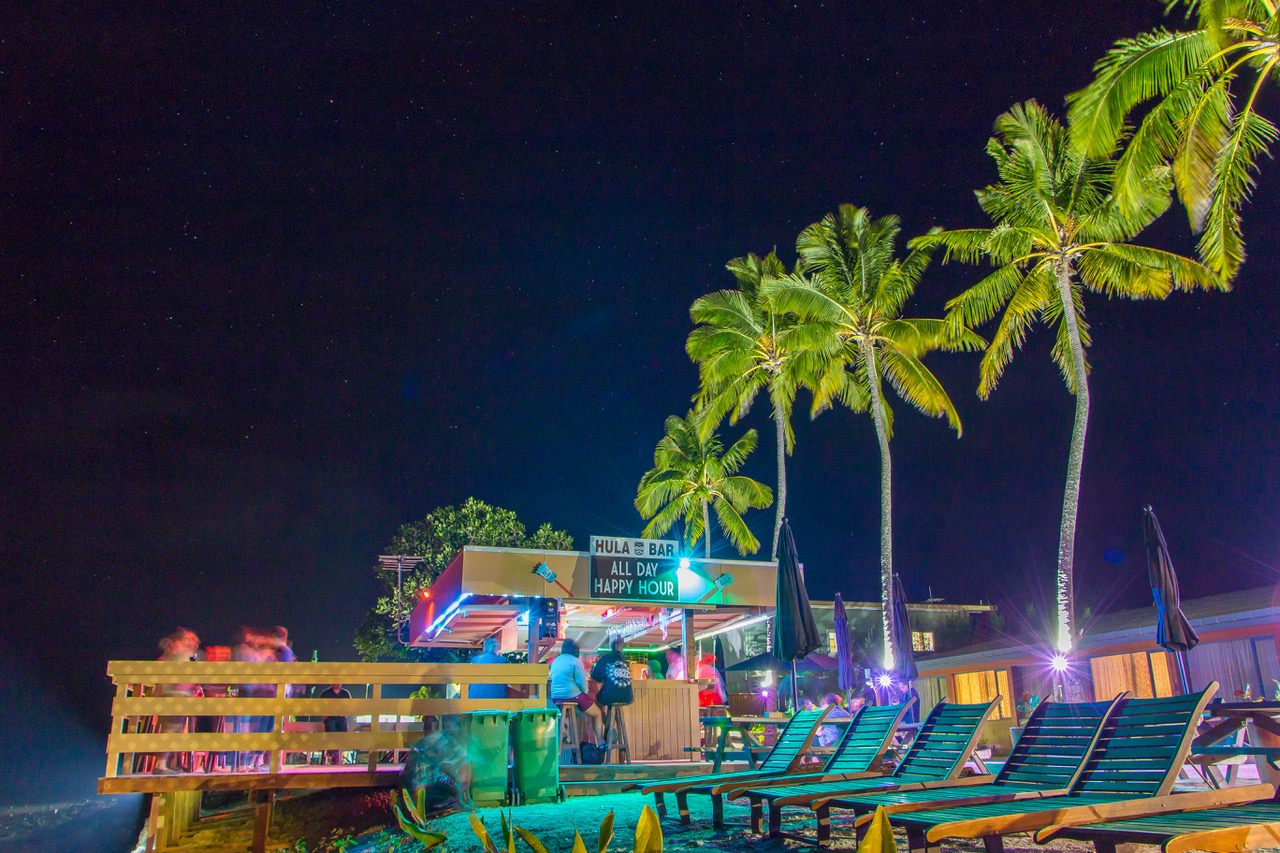 One of the first developments for The Islander was the launch of a new beach bar.

“We had began discounting drinks in the hotel bar, which became too busy and noisy for restaurant patrons, so the ‘Hula Bar’ was born.“We came up with the tag line – All day happy hour! That is 11am to 11pm. Drinks start at $3.50. We’ve never looked back! The Hula Bar is now one of the most popular bars on the island.

“The Islander Restaurant then began to operate at full capacity, so we knew we had to expand and take better advantage of the wonderful ocean frontage, which was popular with diners.

“We reclaimed land towards the water and put in a rock wall. We went from a capacity of 80 seats, to comfortably holding 350 people”.

So what about the food? 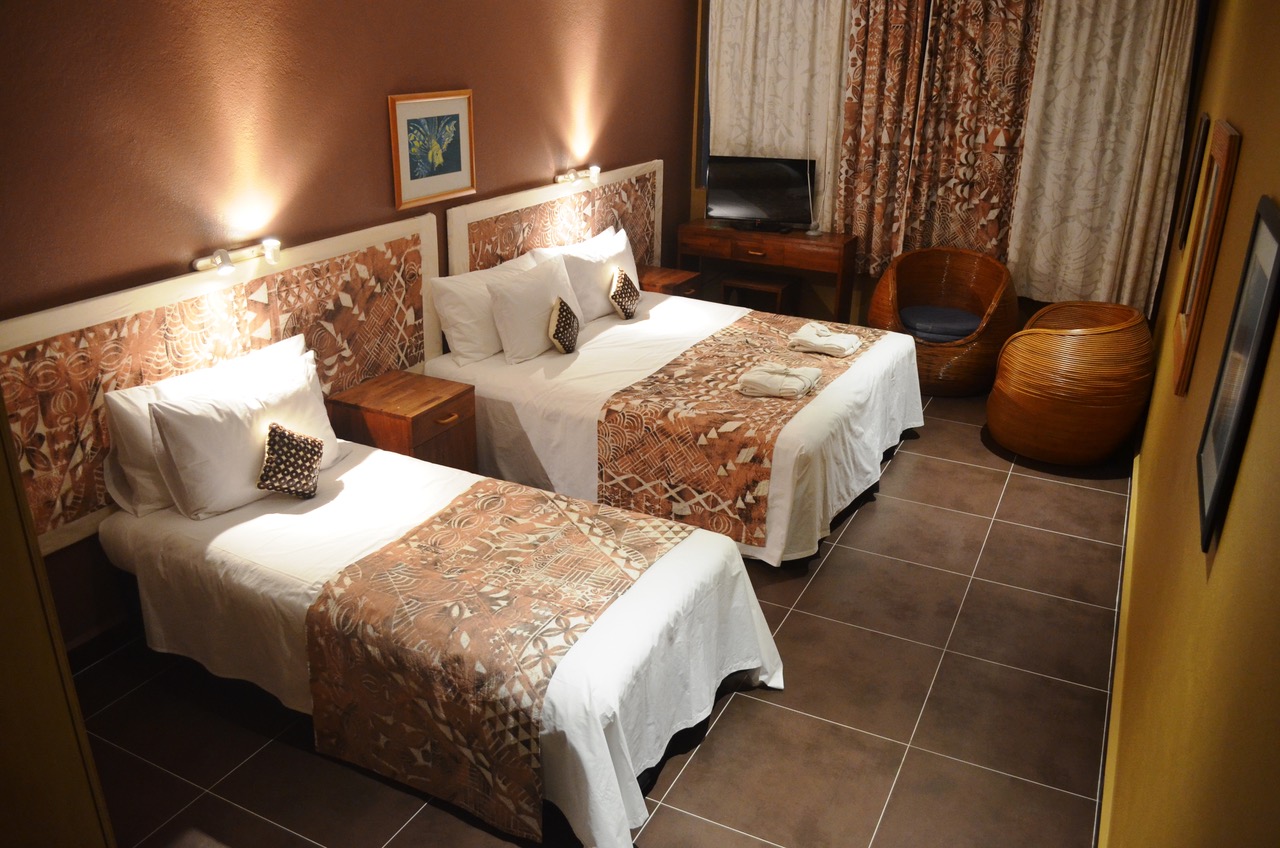 Another vital component for Rohan is rooms.

“As an airport hotel with only 13 rooms, we knew we needed to turn over rooms – some up to three times a day, and that has been achieved. We also have twelve holiday homes. Our goal is to reach twenty-five. These are under the Natura Properties brand: same reservations and accounting system.

“All The Islander Hotel rooms have now been upgraded. Our immediate plan is to increase our room count to 39 rooms; we’ll get that underway later this year.”

The Islander Hotel has also become the entertainment and events hub of Avarua.

“That was our strategy. A waterfront location that is capable of holding up to 1000 people, catering for small to big events,” said Rohan.

“We’ve contracted musicians to provide entertainment on a daily basis. Additional to the fixed entertainment, we bring in visiting bands and feature concerts. We also partner closely with the Miss Cook Islands Association fundraising with local promotions company, Motone Productions”.

Whilst setting up the Islander’s ‘Island Night’ featuring Akirata Dance Troupe, Rohan said he was keen to feature authentic Rarotonga food right from the start.

“I asked my uncles and aunties to make their signature island dish. They brought in their favourite meals and we put in on one buffet and launched it – everybody went wild – the food was spectacular”.

“Today, the Akirata Dance Troupe is made up of four big family groups who share the love of Cook Islands culture. My wife Adriane designs the choreography; I manage the marketing and finances, and I also voice-over the show. Another key member of the dance troupe is Mama Tuaputa who is the costume maker”.

“I invest in this country and I like to be involved with organisations that are responsible for making the country get ahead.

“The most important thing for me is to support Cook Islanders by buying their produce, helping them becoming entrepreneurial, helping them along the way. We buy local wherever we can, including providing jobs for young Cook Islanders - trying to find new career paths for them in tourism. Trying wherever possible to help Cook Islanders achieve prosperity!” said Rohan.

“When society is prosperous, you diminish poverty, and with it diminished socio economic problems. The ideal situation is that everybody plays an equal role in contributing to the economy and prosperity. Everybody has personal pride and everybody is able to live meaningful lives in the Cook Islands”.

For Rohan it doesn’t stop there.

“In three years time The Islander will be a bigger ‘animal’. Long term we want to increase our room numbers to 100+ rooms, and we will be a significant player in the food, beverage and entertainment industry.

“Natura Properties as a company is also increasing its partnerships and joint ventures with key players in the food and beverage industry,” said Rohan.

“We have social responsibility; we want to provide a better platform for the youth of the country and Cook Islanders in general to make an economic living. We want to encourage Cook Islanders to be more entrepreneurial"