​Mãtini is raw, emotional, and real 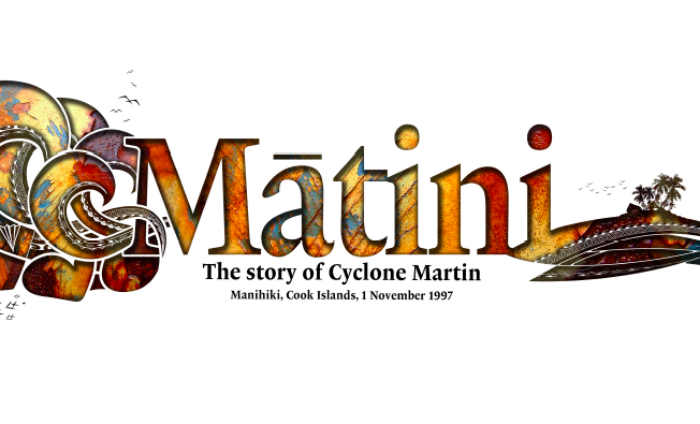 "It is a book that will break your heart, but will also restore your hope and faith in the human spirit and inspire in you a deep respect for the island people".

Nearly 20 years on, Cyclone Martin remains the most tragic natural disaster in the recorded history of the Cook Islands.

Its impact is still tangible on Manihiki – a 5km ring of coral more than 1000kms from the Cook Islands’ capital.

In 2014, the Cyclone Martin Charitable Trust, comprised of cyclone survivors and Manihiki people, teamed up with Cook Islands News’ publisher John Woods to commission a book about how deeply Martin impacted their island and people.

Mātini, released 2 July, tells incredible stories that have never been told – tales of survival and courage, tales of people clinging to coconut trees, balancing on floating rooftops, spending days at sea, using sea and sky to navigate back to land.

Journalist Rachel Reeves, formerly a reporter for Cook Islands News, interviewed nearly 150 people – survivors, weather experts, and responders who remember Cyclone Martin as the most tragic event of their careers.

Rachel was born and raised in California and moved to Rarotonga when she was 21. Her paternal heritage is from Atiu. She was commissioned in February 2014 to research and write this book in seven months.

The release of Mātini is timely, as scientists foresee climate change making tropical cyclones worse. The book documents what went wrong during Cyclone Martin, and has lessons to teach about disaster management that apply to the entire Pacific Islands region.

Mātini is raw, emotional, and real. It is a book that will break your heart, but will also restore your hope and faith in the human spirit and inspire in you a deep respect for the island people.

Royalties go to the island of Manihiki via the Cyclone Martin Charitable Trust.