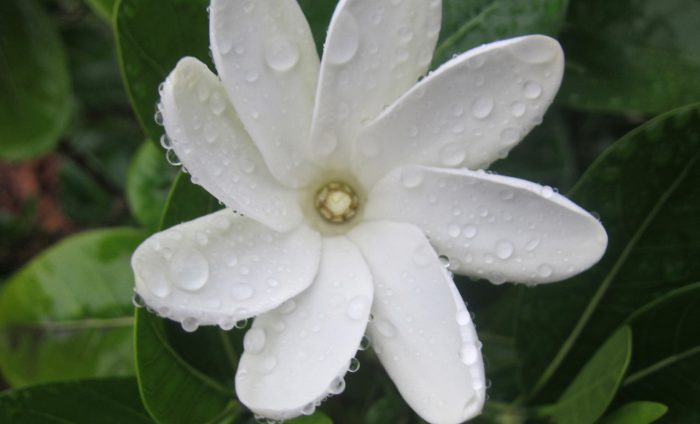 "Tiare maori is always picked in the evenings, just as the sun goes down, for this is when the flower opens".

Like edelweiss is to the Austrians, so the star-like tiare maori (Gardenia taitensis) is to Cook Islanders. Tiare maori is often used as a metaphor in Maori poetry and song, to describe beauty, or a loved one. This flower with its gentle fragrance, is the most beloved of all flowers and has also come to symbolise purity, romantic love, love for homeland and a link to the ancient land of origin, ’Avaiki (Hawaiki).

The waxy-leafed plant, which belongs to the Rubiaceae plant family, a relative of the coffee plant, originated in Asia and arrived in the Cook Islands with the early Maori settlers. Tiare is the generic Maori term for flower, but this flower is the only flower called ‘maori’, which means 'indigenous' in the Maori language of the Cook Islands.

The plant’s common name Tahitian gardenia is a misnomer because it is not native to Tahiti. Its Latin name was derived from the specimens first collected in Tahiti by the French explorer, Dumont d’Urville, in 1824.

There are many exotic and colourful plants in gardens in the Cook Islands, but none have the elegance and simplicity – and most of all – a place of reverence in the hearts of Cook Islands people. Tiare maori predates all other flowering plants in those gardens.

A thick ’ei (garland) made from nearly-open tiare maori is considered the most prestigious of all ’ei and to have such garlands placed on your head and shoulders by friends or family shows the great love and respect they have for you. Tiare maori ’ei are given at weddings, graduations, welcoming ceremonies, and at funerals. At a funeral, it is not uncommon to see the body of the dead, or the coffin, or grave layered with long wreaths of garlands made from this flower. It is also a custom in the Cook Islands to plant a tiare maori shrub on top of an ’enua (placenta) buried in the soil after the birth of a female child.

Tiare maori is always picked in the evenings, just as the sun goes down, for this is when the flower opens. The flower that has been open for a day is never collected as it’s considered unsuitable for ’ei-making, although it may be used for other purposes, such as scenting coconut oil. 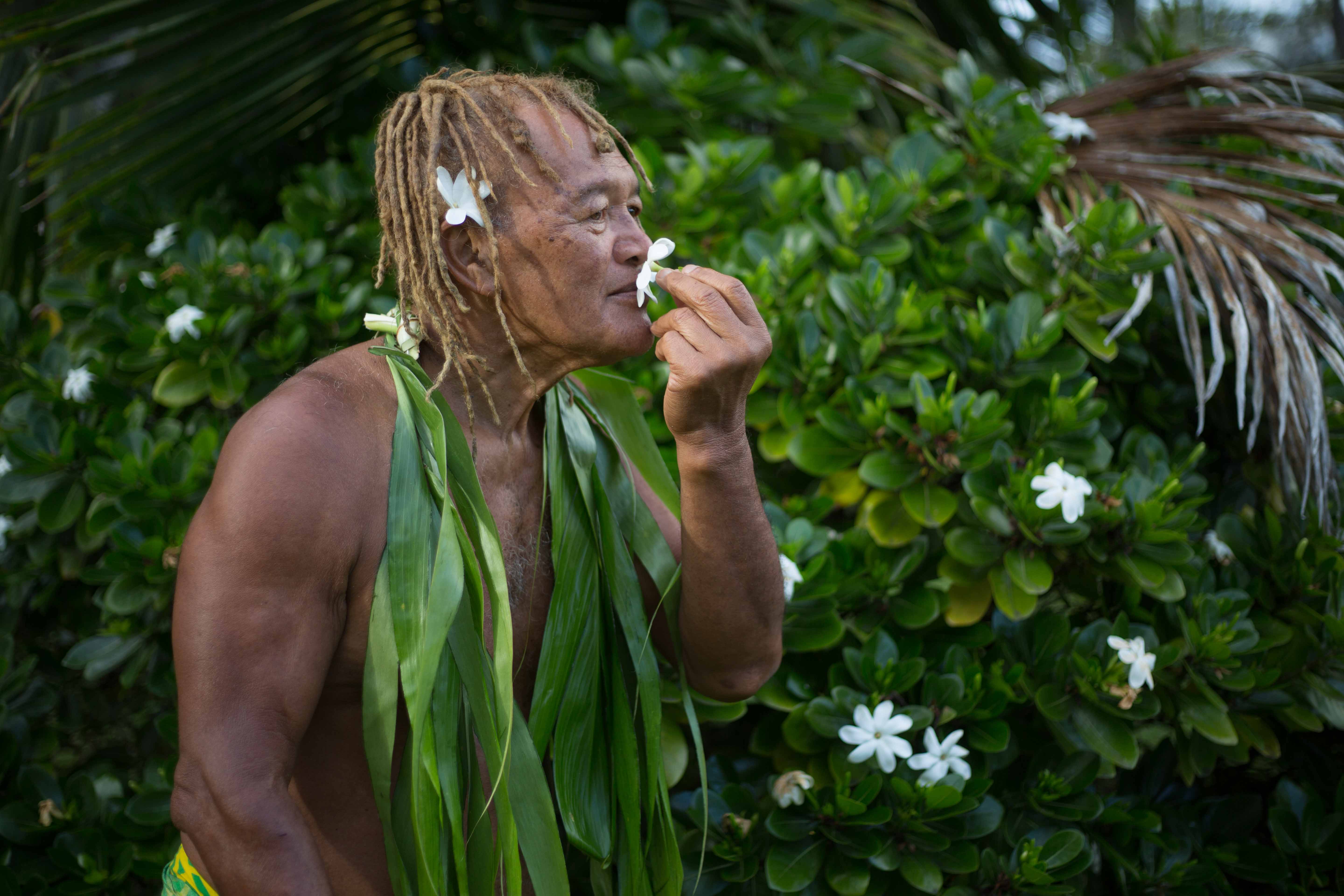 Once used, a tiare maori ’ei is never thrown away – attempts are always made to prolong its life, either by putting it in the fridge (wrapped in a wet tea towel), or wrapping it in pawpaw leaves. Tiare maori 'ei may also be given to people to use to adorn themselves for a night out, or it is placed on the grave of a loved one. Sometimes, even after the flowers in the ’ei have turned brown, people will hang it in the bathroom or other room of the house for its fragrance, which seems to heighten as the flowers fade. This is Maori potpourri.

Many Cook Islands Maori people grow tiare maori shrubs around their homes and it is not uncommon to see Cook Islanders wearing the flower as part of their everyday dress, either behind the ear or in a coronet on their heads. A flower is also worn singly: men usually wear a bud behind the ear, women wear an open blossom either behind the ear, or in their hair. Not only is the flower used for ornamental purposes, the buds, flowers and leaves of this tree are used in traditional medicine, especially for curing migraines, headaches, eczema and sinusitis. The flower of this plant is used to perfume coconut oil, which is massaged into the skin and hair; the waxy leaves of the plant are turned into funnels to pour coconut oil into the bottle, from which the oil is to be dispensed.

Tiare maori plants thrive best in an area by itself - Maori people say it is a ‘jealous’ plant, not thriving when it is planted too near other plants. It grows well in sunny locations, in loose, loamy soil in coastal areas. Older plants can reach up to heights of 4-5 metres.

There are usually 5-7 petals in the flower but occasionally there are more and, like the four-leafed clover, this attracts attention.

For the first settlers of the Cook Islands this plant brought with it the memory of the original Polynesian homeland, ’Ava’iki, and the relatives left behind. The tiare maori remains today a tangible link to that proud past.

In Mauke, at Oneunga, there were until recently, three tiare maori shrubs with very gnarled trunks. About 650 years ago the famed Mauke-Atiu warrior, Taratoa, is said to have planted one and the other two were planted by his companions in war: Marouna from Aitutaki and Ūe from Mangaia. The men, who fought some famous battles together, such as defeating the aitu (probably Tahitians) who had invaded Aitutaki, are said to have planted these trees to commemorate their friendship.

On Manuae, near Aitutaki, there was known to be a very old tiare maori tree planted by Ruatapu, an explorer, about 800 years ago

A popular song, composed by the late Mamia Tunui-Savage, a well-known dancer, singer and composer (died aged 48 in 2002), who originally hailed form Aitutaki, perfectly summarises the reverence held by Cook Islanders for this white, star-like flower:

You are the flower
From the land of the forefathers
I wear you as a garland
I wear you on my ear
It symbolises our binding love
Tiare maori
You have thrived since ancient times
May you always be cherished
May you always remain a symbol of the land's richness
May you be planted
On the hillsides
You are my beauty
An ancestral flower of my homeland.

Enjoy the exhibits and rare book collections at the Cook Islands Library and Museum, an organisation dedicated to the preservation of the history and culture of the Cook Islands. Located opposite the University of South Pacific; turn off at the Beachcomber Building (Uptown Avarua).